I’ve seen a lot of sports cards in my day. In 2006 I started Just Collect and have since bought and sold more than $20 million in cards. I’ve had the pleasure of meeting thousands of hobby enthusiasts and appraising countless collections. In the baseball card world, I’ve been around the proverbial block.

But every once in a while, you come across a collection that truly stops you in your tracks. Whether it’s for the rarity of the cards, the condition of the collection, or how the group was discovered, there are some memories that really stand out for me.

I figured our readers would appreciate a quick look at some amazing buys. Avid fans of our blog might be familiar with many of these, but new visitors might be hearing about them for the first time. So without further ado, here are 10 of my favorites.

A trip down memory lane...

The Hole in the Wall Collection

In the spring of 2015, Rafael Torres discovered more than 250 strip cards from the early 1920s inside a wall of his Jersey City, NJ home. The cards were 1920 W519-2s, 1921 W551s, and 1923 W515-2s. They originally came on strips as promotions in candy stores and were hand cut by their collectors. Torres's find featured numerous Babe Ruth and Ty Cobb cards and had been lost in the wall for 92 years! 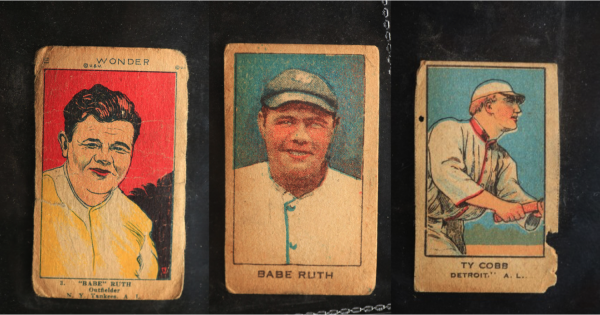 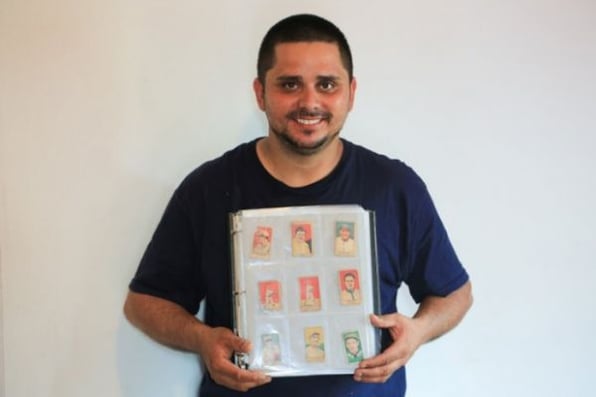 Rafael Torres proudly displays some of the cards he found inside the wall of his home. | Photo by Michael Depsey --- The Jersey Journal

This Boston-area collection featured 350 different T206 baseball cards including 60 Hall of Famers and one of the "Big Four" in the set, the ultra-rare Eddie Plank card. There are believed to be less than 100 examples of this Plank card in existence. The group also featured three examples each of Ty Cobb, Cy Young, Christy Mathewson, and two Walter Johnsons. They had been passed on through a family via a Godmother, hence the name. 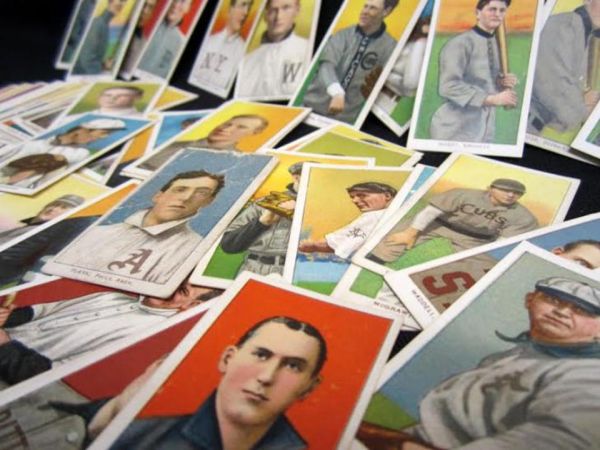 When I received this picture through an online appraisal request my heart was racing.

Some of the key cards of the group. While the Plank is in POOR condition, the others are VG-EX.

We had the chance to purchase an amazing 1960 Topps set back in 2015. Through years of dedication, the collector had amassed all 572 cards in the set in PSA 8! Simply collecting the entire set is a tall order, but building one in this condition is almost unfathomable. It was quite literally one of the best 1960 Topps sets in the world. From opening packs as a kid, to buying select singles throughout young adulthood, to upgrading and filling in holes before retiring, he was able to finish the entire set. Kudos to this man. 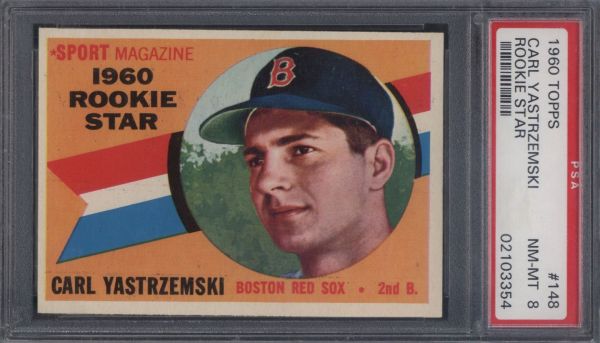 A Carl Yastrzemski rookie card --- one of the signature cards of the 1960 set.

About a year after we shared the story of the California set with our readers, a father son duo from Orlando, FL contacted us looking to sell their PSA 8 1960 Topps set. While researching how to sell, they stumbled upon our blog post about the purchase of the California group. We ended up buying that set as well. So if you're reading this and you're looking to sell a 1960 Topps Baseball set in PSA 8, you've come to the right place. :)

Decades ago in the valleys of Tennessee, one collector began his journey of assembling an extraordinary collection of vintage Hall of Famers. The gentleman began by collecting vintage classics during his childhood, amassing a huge group of T206s, Old Judges, and Cracker Jacks. Years later he rekindled his love of collecting and began a search of sets from the 30's, 40's, and 50's. He eventually built a mammoth collection of cards that spanned more than seven decades. We were honored to travel to Tennessee to purchase this truly impressive group that included: 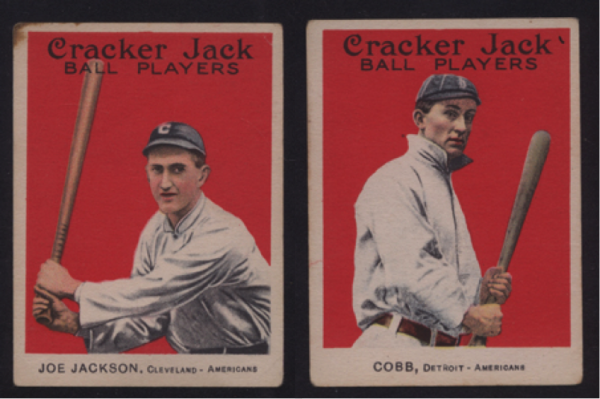 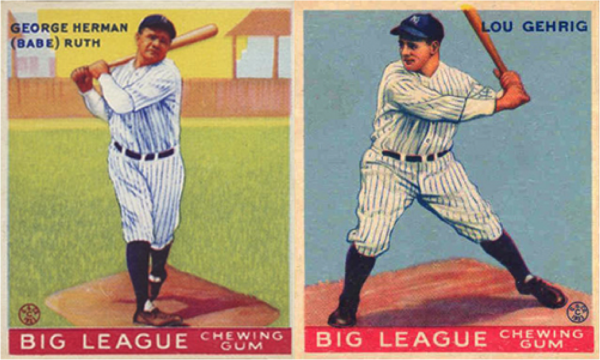 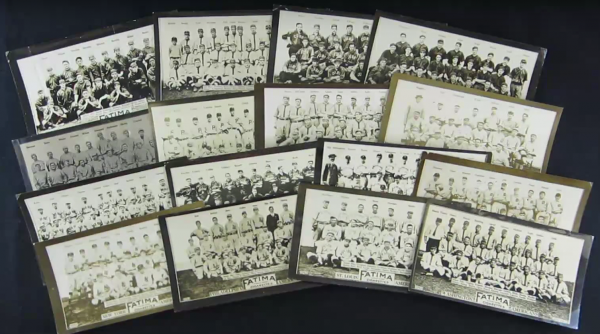 The For the Love of the Art Collection

The couple who owned this amazing collection had zero interest in baseball (or any sport for that matter). Instead they appreciated their cards as little pieces of art. In addition to T205 and T206 cards, they collected 1955 Bowman Baseball and plenty of 19th century non-sports cards like Old Judges, Virginia Brights, S.F. Hess, Admirals, and Cross Cut Cigs. Amazingly, they had absolutely no idea that his collection was so valuable. In all, they had more than 150 T206 cards in varying condition along with other cards from the 50's and 60's. 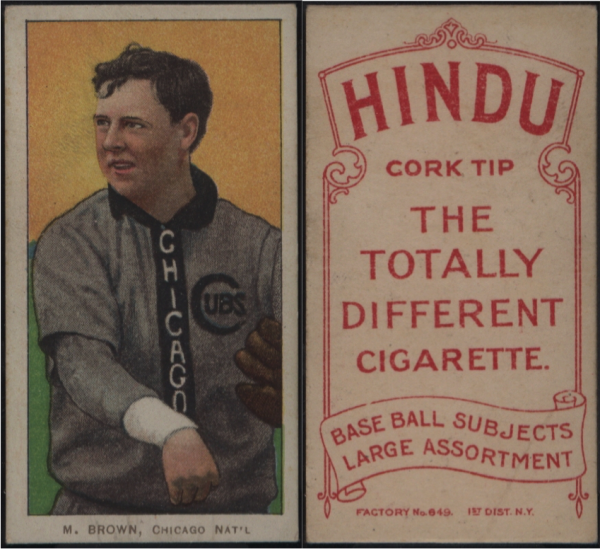 A Mordecai "Three Finger" Brown T206 card with the ultra rare Hindu Red back. This is one of only four of these cards known.

The Second Time's a Charm Collection

in 1894, the Mayo Tobacco Works of Richmond Virginia, manufacturers of Mayo's Cut Plug Tobacco, issued a 35-subject football card set that exclusively featured football players from Harvard, Yale, and Princeton. Considered the rarest football set ever distributed as well as the only 19th century set solely dedicated to football, the Mayo's Cut Plug Set (known as the N302) presents many challenges to the advanced collector. The brittle stock, dark borders, and solid black reverses exhibit even the slightest wear or damage. Additionally, as was the norm of the era, most cards were trimmed and/or glued into albums. Unlike baseball, football did not enjoy mass popularity at the turn of the century. All this makes this set exceptionally rare. We were able to purchase this group of 10 N302s from a gentleman who initially didn't quite want to sell, but eventually reconsidered. 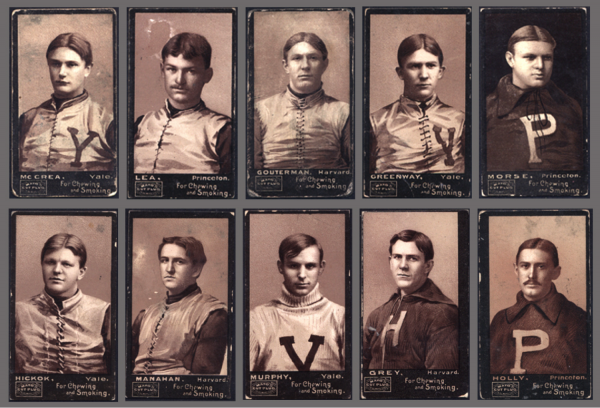 The 10 cards we picked up as part of the Second Time's a Charm group.

Mickey Mantle is an American icon. His 1951 Bowman #311 and 1952 Topps #311 baseball cards are two of the most desired in the hobby. The 19-year-old Mantle is featured on his very first baseball card in the 1951 Bowman set. It appears that "The Mick" posed for the picture during Spring Training as the Florida palm trees are visible in the background.

While Mickey's '51 Bowman card is his first, many collectors consider his 1952 Topps card to also be a rookie card. Often called the postwar "Holy Grail," the '52 Topps was issued in the very scarce High Number Series.

This collection featured these two cards along with about 20 or so other graded Mickey Mantles. The collector was hesitant to ship, so we travelled up to the cape to buy these iconic cards. 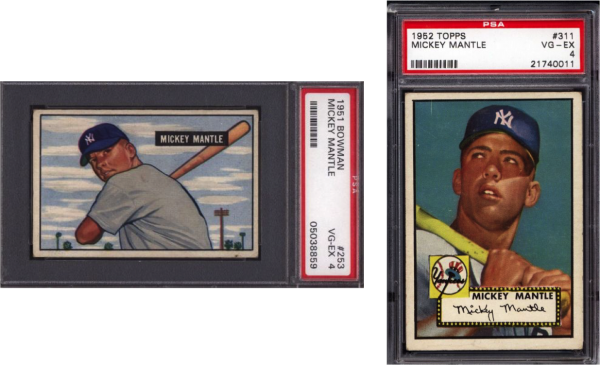 The Trash to Cash Realtor Find

Back in September of 2014, a local NJ realtor brought us a collection of roughly 2000 cards he found in the basement of a home he was helping the owner clean out. The collection arrived haphazardly in a trash bag. It was frustrating finding a Roberto Clemente that had apparently been gnawed by a hungry rodent, but there were many cards in decent condition as well. We ended up finding four 1957 Topps Johnny Unitas rookies and three 1958 Topps Jim Browns. This collection goes to show that you should always check with a pro before throwing away old seemingly worthless sports cards. 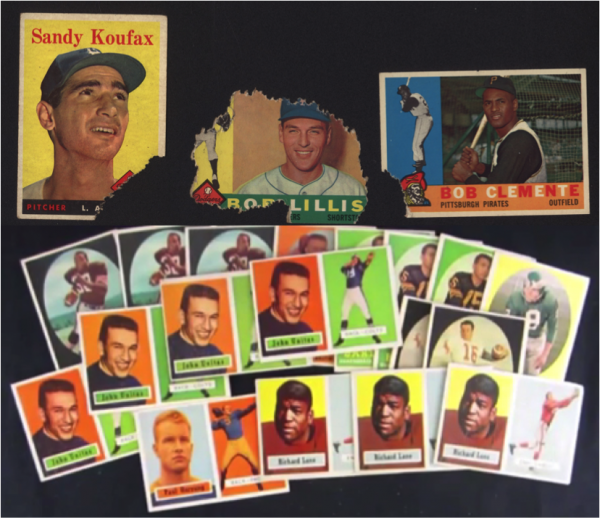 A look at some of the cards that were very nearly trashed in this find.

Last summer we picked up the largest collection of graded cards that we've ever bought. In all, the 2,600 PSA, SGC, and BGS graded cards (worth tens of thousands of dollars) weighed in at more than 400lbs. Most of the cards were mid-grade but had tremendous eye appeal and centering. One man in Pasadena, CA built the entire collection.

My two favorite cards in the group were the 1952 Topps Jackie Robinson and the 1967 Topps Roger Maris proof card. Due to a trade just before the 1967 season, Maris's Yankee proof card was never released. Most of the specimens were destroyed, but 50 or so made it into the hands of collectors. 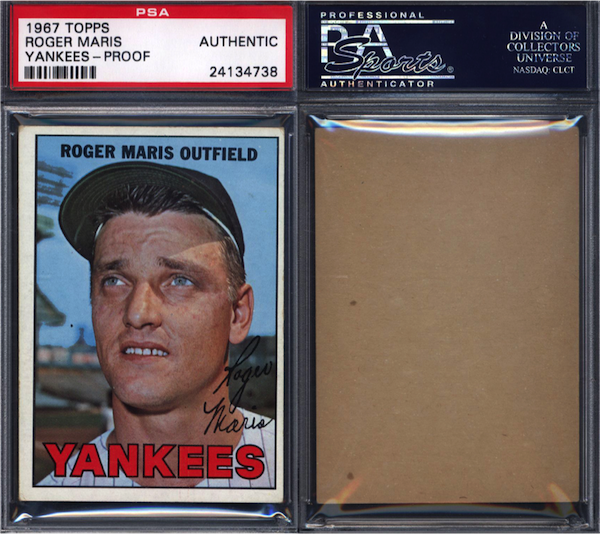 The 1967 Topps Roger Maris proof card. All of these cards are given the Authentic distinction. 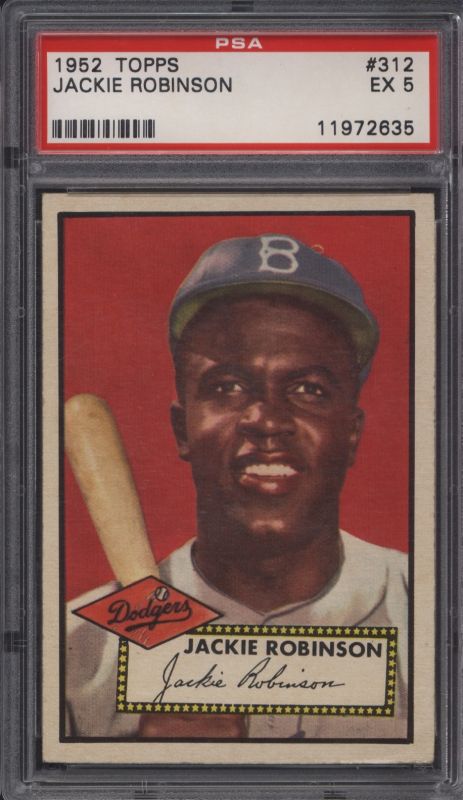 Sometimes big things come in small packages. In July 2014 we purchased two cards from a collector in the New England area. This gentleman had inherited a small group of cards from his grandfather, who had marked many of his other cards with his name and the athlete's position. He needed some extra cash, so instead of selling many of the commons in his collection of E92 Dockmans, M116 Sporting Lifes, and T206s, he decided to sell his two best cards. The Honus Wagner batting pose card is actually more rare than the holy grail of baseball cards, the T206 Wagner.

So there you have it. Those are ten of my favorite buys of late. Who knows where the next great find will come from? If you have an amazing collection of vintage or prewar sports cards, we'd love to see them. Use our appraisal form and we'll tell you what we think your cards are worth. 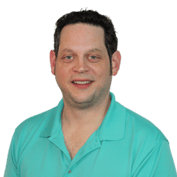 Leighton Sheldon is the President of Just Collect. Before starting his company, Leighton worked as a financial analyst for Johnson & Johnson and Director of Acquisitions for Leland's Auctions. An avid collector, he focuses his own collection on vintage basketball cards and memorabilia. He is also a die-hard Yankee fan.