With the early arrival of ESPN’s cultural phenomenon docu-series, “The Last Dance,” the market for Michael Jordan cards is absolutely on fire right now. As the world reacts on social media, and fans relive the glory of the Bulls dynasty era, collectors are buying up Jordan cards like never before.

To give you some perspective, MJ prices across the board have gone up 30-300% depending on the card in just the last three months.

So if you collected basketball cards in the ‘80’s, now is the time to go looking through your stuff again. Who knows what you might have tucked away?

As far as the best Jordan cards, there are almost too many to count. But here are three key early issues that stick out as some of Jordan’s most important (and valuable) ones --- and how their prices have changed just in the last few months. 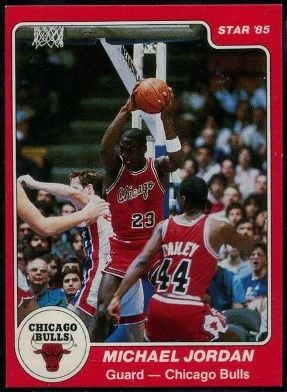 The earliest Jordan on our list is usually not regarded as his rookie card because its distribution was limited and it was part of a team pack. But the 1984-1985 Star is still highly collectable and popular. 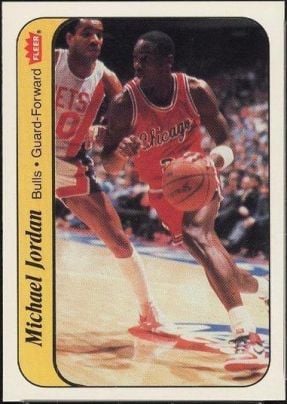 Unlike the cards, stickers in Fleer basketball sets could be pulled from their backings and used to decorate things. And unfortunately, many of them were. The 1986 Fleer Sticker Card is a more economical way to add another unique Michael Jordan rookie to your collection. Being part of the licensed Fleer set, these too have experienced a remarkable run up in recent years. 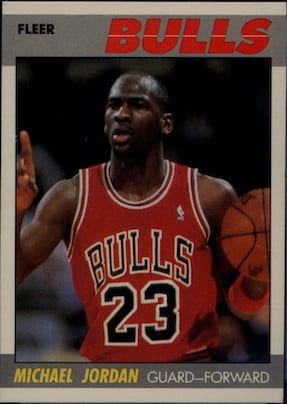 It might not be the rookie card, but the 1987 Fleer issue is still a fan favorite. 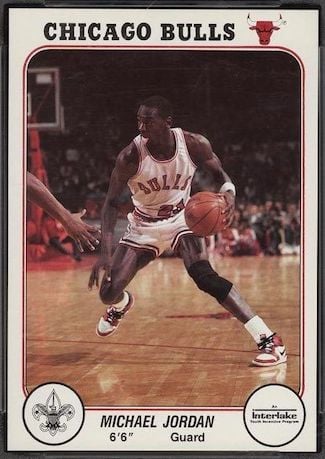 A must-have for the serious Jordan collector, the 1985 Interlake Rookie was distributed via the Boy Scouts of America in collaboration with the Interlake Youth Incentive Program in the Chicago area.

This scarce regional-issue card showcases one of the earliest flashes of Michael's signature tongue and is by far the rarest of the Jordan rookie bunch. It doesn’t change hands nearly as often as the others, so we can only speculate as to how exactly its value has changed.

These are just a few unique cards in the Jordan archive that are experiencing a surge in prices, but the same is true almost across the board for his cards.

Of course, we didn’t even mention the most iconic of all, the 1986 Fleer Rookie Card.

Our sister company, Vintage Breaks, will soon be running another 1986 Fleer Basketball Set Break with Darren Rovell this Sunday May 3rd, 2020 at 8:40pm.

The broadcast of this 1986 Fleer Set Break will be simulcast on Vintage Breaks YouTube and Facebook pages and will be live on Darren Rovell's live Twitter show on Michael Jordan leading up to "The Last Dance" on ESPN at 9pm ET on Sunday. Each slot has a chance to pull a Michael Jordan, Charles Barkley, Hakeem Olajuwon, or several other stars in the iconic set.

Have Jordan cards you want appraised? Give us a shout out. We would love to take a look. 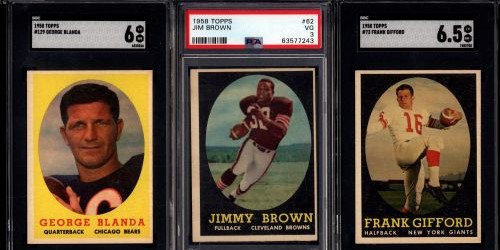