Sadly, most of us spent our allowance searching for Canseco and left Jordan behind.

But last week, I had the once-in-a-lifetime opportunity of re-living the fall of 1986 on VintageBreaks.com and opening a 1986-87 Fleer Basketball box, this time a mind-blowing $72,000 endeavor shared by 15 collectors who gobbled up the 36 packs, or spots, in this high-end break at $2,000 per pack. We broadcasted this adventure live on our Facebook page and Youtube channel.

Keep in mind that a box-break of this magnitude has never been done before in this fashion. This was such an anticipated event that ESPN's Darren Rovell stopped by and streamed the break live on his Periscope to nearly 50,000 live viewers. Darren has been all over the world covering sporting events of many kinds and this Periscope session was his biggest live audience ever! The break was also highlighted by PSA on their Facebook page and featured on their weekly Great American Collectibles show.

Was I nervous opening and handling $72,000 worth of cardboard gold? Of course! But, after pulling THREE Michael Jordan rookie cards and THREE Michael Jordan stickers, we now consider ourselves ready for an even bigger break...we will keep you posted as to our next big plan!

The three Jordan's we pulled!

ESPN even featured our 1986 Fleer Box Break in an article prior to the box opening! 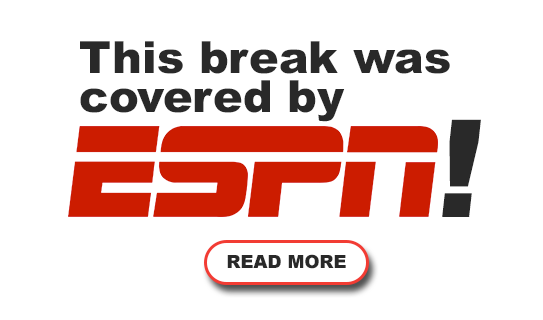 To purchase your spot in the next vintage pack or box break and come join us for a chance to travel back in time, visit vintagebreaks.com. 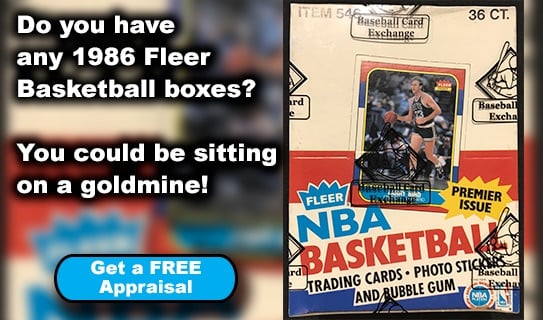 In other Just Collect news...

Normally this would have been our lead story of the week...but not with our 1986 Fleer break. From one iconic card to another, we were lucky enough to secure a great collection this past week which included a sweet mid-grade 1952 Topps Mickey Mantle and a small hoard of hundreds of 1950's cards featuring five 1954 Topps Hank Aaron rookie cards, among others.

The Mantle, which has stood the test of time (65 years to be exact), has been a hobby staple as THE post-war card to own in any condition. While not exceedingly rare, the 1952 Topps Mickey Mantle has always been a fast seller and when we put one up for sale it doesn't last long.

Finding high-quality vintage collections like this one is what makes my job so much fun. 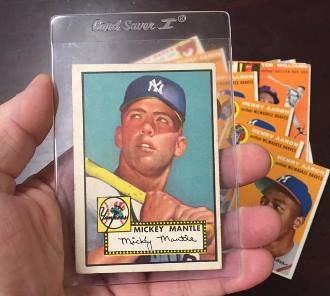 A quick note on the "The Fight of the Century"

If you were like me, your eyes were peeled to the collection of Press Conferences leading up to the "Fight of the Century" between UFC star Connor McGregor and undefeated boxing great Floyd "Money" Mayweather and, ultimately, the fight itself.

For those of you who live under a rock, I won't ruin the outcome of the Fight; however, I would like to point out that while both of these men have attained legendary status in the past few months, so have their certified autographed cards.

Interestingly, Mayweather's only mainstream certified autograph, which was issued by Topps as part of their Allen & Ginter brand, a baseball issue, has been among the hottest cards in the hobby selling in the $400-600 range. 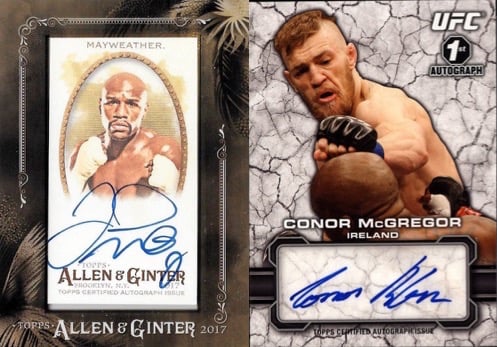 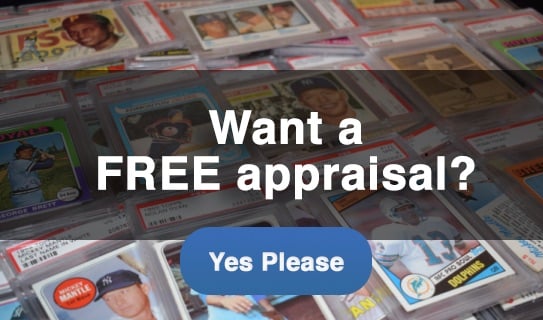