More somber news from the baseball world as we lost Hall of Fame second baseman, Joe Morgan, at 77.  Let's look back on a historic career and our favorite Joe collectable.

Joe Morgan, legendary Reds second baseman and member of the baseball Hall of Fame has died today at the age of 77.

Baseball has hit rough patch these last few weeks; Lou Brock Tom Seaver, Bob Gibson, and Whitey Ford passed away.  Now one of the greatest second basement ever leaves us.

Morgan really flourished when landing in Cincinnati.  Making the all-star squad twice in Houston as a Colt 45, a trade send Morgan to the Reds in 1972.  Fitting in quickly, Morgan lead the NL in runs scored, made the all-star team, and finished fourth in the MVP voting.  The Reds made the World Series in Morgan's first season, coming up just short in the '72 Classic to the Athletics, losing Game 7 by a run.  Morgan and Reds were just getting started, though.  Winning the NL MVP award in 1975 AND 1976, Morgan led both teams to World Series victories.  Hard to top what Joe did in that two-year span of 75 to 76:  Two MVPs, two rings, two gold gloves.  Overlooked may be the 689 career stolen bases - still 11th all-time despite retiring in after the 1984 season.  Morgan stole double the amount of bases as a Red (408) in just 8 seasons than he did in 10 seasons with Houston (219).

As a Yankee fan, a lot of my memories come from Joe Morgan calling the "Jeter" dynasty games.  Morgan worked at NBC with Bob Costas, on the mic for the ALCS in 1996, 1998, and 2000, and the World Series in 1999; all Yankee victories.  Morgan's voice will be synonymous with

It's hard not to choose a rookie card from a Hall of Fame player.  A 1965 Topps rookie card of Joe Morgan, in Houston, shared with Sonny Jackson is the way to go.  We love a story about a collection purchased from an employee at the Department of Defense!  Being station around the world, the collector brought his vintage collection for the trips.  Imagine a 1965 rookie card of Joe Morgan that has lived in Japan, over in Europe, or here in the States - that's as unique as it gets.  You can read the story about a traveling Morgan rookie here.

The Hall of Fame put up a lovely tribute to Morgan.  We're thinking of you today, Joe.

You may not have a Joe Morgan rookie that traveled the world, but we are interested in vintage cards or collections. We offer FREE appraisals.

Plenty of ways to reach us: 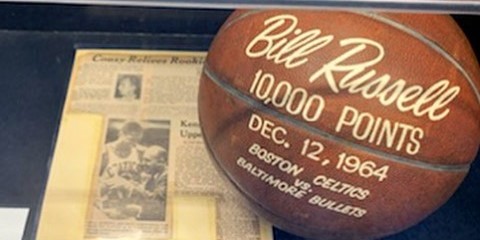