Imagine - Mantle, Williams, Aaron and Mays in Your Packs

A boyhood collection that had also contained uncut sheets! 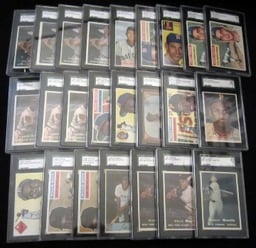 How Fun Would it Have Been?

Imagine for a moment growing up in the New York metropolitan area in the 1950's and buying penny and nickel packs of baseball cards. How exciting it must've been leaving the corner store and thumbing through the packs for your favorite players from your favorites teams. Would you be a Brooklyn Dodgers fan searching for Duke Snider, Jackie Robinson or Pee Wee Reese? Maybe you would've been a fan of the New York Giants hoping to find a Willie Mays card. Or maybe you may have rooted for the New York Yankees and rejoiced every time you came across a card of Whitey Ford, Yogi Berra or the young centerfielder named Mickey Mantle.

A gentleman came to our Somerset, New Jersey office recently to sell a collection of cards that he accumulated during his youth lived that very dream. Approaching and entering his teenage years in the mid-1950s, he bought packs and managed to hold on to many of them until now, more than 60 years later as he's decided to sell them in his mid-70s. He reminisced about collecting and how he would often trade for some of his favorite players – even if they weren't from his favorite team. He had a respect for the game and a respect for the talent of players that his beloved Yankees would play against.

Respect for the Game

Many New Yorkers held great contempt for anyone that wasn't a member of the three New York ball clubs, but not our local collector. He appreciated the game and the talents of Ted Williams and Hank Aaron. He appreciated their talent so much that he would trade many of the local heroes to garner extras of the stars that he so greatly respected. This can be seen by some of the unusual quantities of these players within his collection – a collection that spans only a few seasons (mostly 1954-1957). 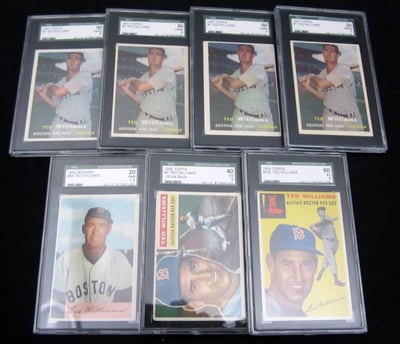 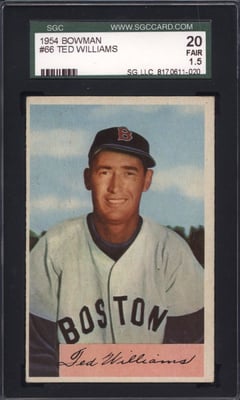 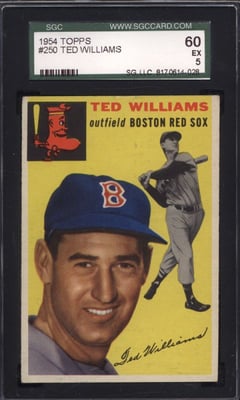 Several years ago, while Sportscard Guaranty was still located near his northern New Jersey home, the collector took about 90 of what he felt were his better cards to get graded by SGC. A few of the highlights of the SGC graded cards featured seven Ted Williams, including a 1954 Bowman #66 short print and four 1957 #1 cards, six Hank Aaron cards, including two Near Mint SGC 84 1957 Topps cards, five cards of Willie Mays and a solitary Mickey Mantle card from 1957. 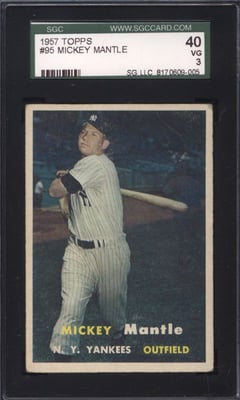 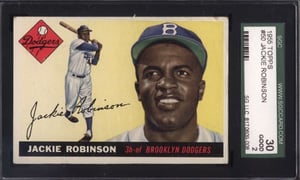 They Were Thrown Out?

We've all heard horror stories of zealous mothers disposing of collections while cleaning and making space. Our collector friend related a story about his father working at an early recycling plant in northern New Jersey that was a location that Topps sent many of their unused and uncut sheets to for disposal and recycling. He said that his father would bring home some of these uncut sheets of 1950s cards and that he'd pin them to the wall for awhile and then store them in the attic. At some point, he related, his mother took it upon herself to dispose of these uncut sheets while cleaning the attic.

How many of those sheets may have contained Mickey Mantle? Where there sheets from 1954 Topps that contained rookies of Hank Aaron or Ernie Banks? Maybe the sheets were from 1955 Topps and featured the rookie cards of Sandy Koufax or Roberto Clemente? Unfortunately, the gentleman couldn't recall exactly what sheets he had or what years they were, but suffice it to say, they'd be worth a pretty penny today.