How Did This Sandy Koufax Rookie Card Survive In Gem Mint Condition?

We think it is one of the most beautiful and mysterious pieces of serendipity in sport card collecting history; PSA announced last week that it had given a Sandy Koufax 1955 Topps rookie card a perfect grade of Gem Mint 10, only the third Gem Mint Sandy Koufax rookie in existence. To put the rarity of this card in further perspective, only fifty-eight cards have received a grade of Gem Mint 10 from PSA in the entire 1955 Topps set combined!

As experts in the sports card and memorabilia industry, Just Collect has two questions: how does a card like this survive in Gem Mint condition for 60 years, and what would it be worth at auction?

How Could A Card As Amazing As This One Stay Gem Mint For Sixty Years?

Baseball cards were not collected because they were or might one day have value back in 1955, they were collected so you could use them, play with them and show them off. There were three things a kid might do when he opened a pack of 1955 Topps and pulled out a Sandy Koufax card (or Sanford “Sandy” Koufax as he was known back then): 1) put it in the spokes of his bicycle wheel or pin it to his bedroom wall to show it off, 2) put it in a rubber band with the rest of his cards for the next game of flip, or 3) if he wasn't much of a Koufax fan, throw it in his shoebox to bring over to his friend’s house to trade for someone in the set he liked better - someone like Ernie Banks or Harmon Killebrew would have been a pretty fair trade at that point in their young careers.

The bigger the star you pulled from a pack in 1955, the more you wanted to bring it everywhere with you and show it off - and the poorer the chance it would remain in even decent, let alone Gem Mint, condition for very long. And for a rookie, Sandy Koufax was very well known in 1955, he didn't sneak up on anyone. Koufax was on one of Major League Baseball’s most popular teams, the Brooklyn Dodgers, and they only became more popular as the year progressed on their way to winning the 1955 World Series.

Koufax did not pitch much in 1955, but each one of his five starts caught the attention of baseball fans. Before even pitching a game, his reputation for being a “bonus-baby” preceded him. He was signed by the Brooklyn Dodgers after just a year of college at the University of Cincinnati for a bonus of $20,000, a huge sum back in 1955. But his one year of college baseball captured the imagination of the baseball world, and one statistic in particular was recited again and again – Sandy struck out 58 batters in only 30 innings his freshman year.

So how did the rookie card of a player as popular and renowned as Koufax survive 1955 in Gem Mint condition, let alone the past 60 years? The only explanation is that it survived in this condition by some stroke of good luck. Maybe the kid who opened the pack in 1955 put the card inside his Social Studies textbook, page 274, to show his friend Biff, but forgot it was there because his teacher gave them a pop quiz that day? Maybe the kid’s parents took the card away because he wouldn't let them watch I Love Lucy in peace and quiet, and they forgot to give it back? Maybe the kid who opened the pack was a New York Yankees fan who put all his Brooklyn Dodgers cards in the bottom of his sock drawer so they would never see the light of day? However it happened, it is a beautiful accident of baseball history.

What Is The Kouafx 1955 Topps Gem Mint Worth?

Just Collect estimates that the Gem Mint 10 Koufax would sell for between $400,000 and $500,000 at auction. Neither of the previous two Gem Mint 1955 Topps Koufax rookies were sold publicly, so this one would be the first of its kind. Twenty-Three Koufax rookie cards have been graded Mint 9, but none of those has come up for public sale in almost ten years. The last Mint 9 sold at auction was in 2006 and sold for $17,217. With a population of 218, Koufax rookies graded Near Mint – Mint 8 have been selling for approximately $3,000 over the past year.

A Roberto Clemente PSA 10 rookie card sold publicly at auction a few summers ago for $432,690, via SCP Auctions. We feel that even though the Clemente has a population of one, and the Koufax is a "pop 3", that the Koufax will sell for the same, if not more, due to the fact that it would be offered for the first time, and there is already a benchmark - thus creating quite the demand. 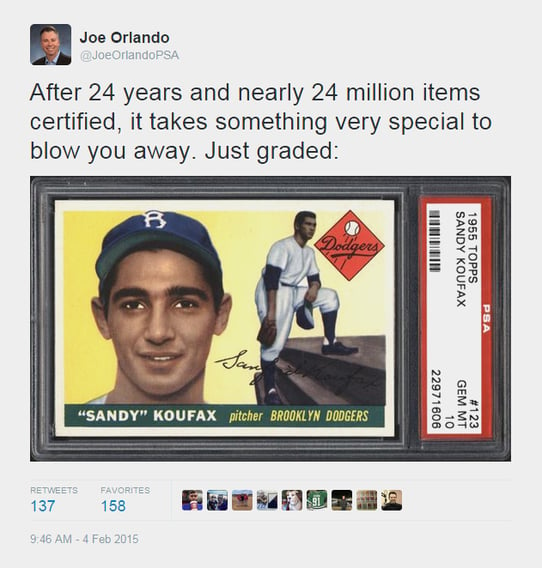 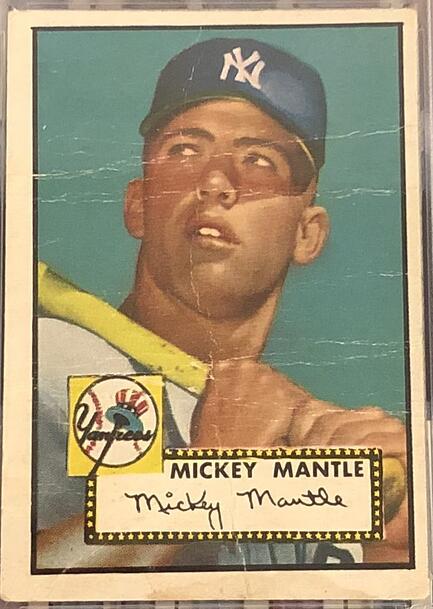 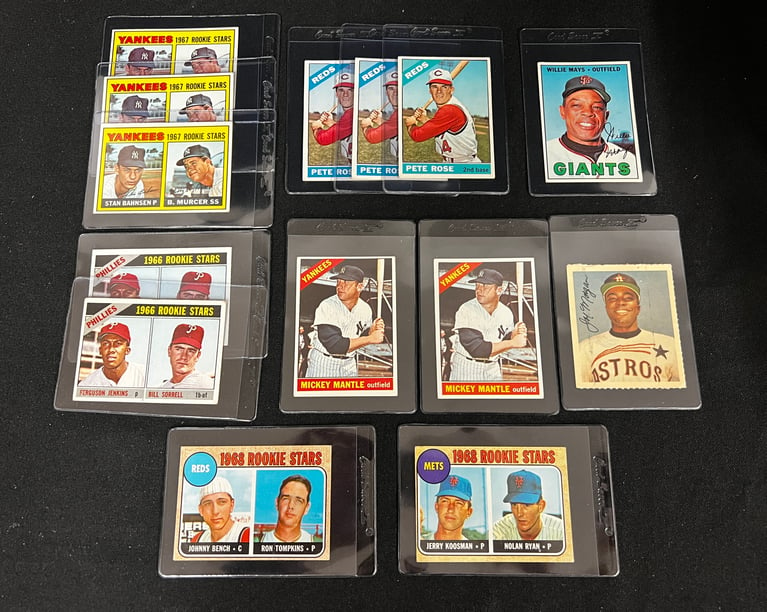 Mystery Box With Mickey Mantle Cards in The Unsolicited Collection 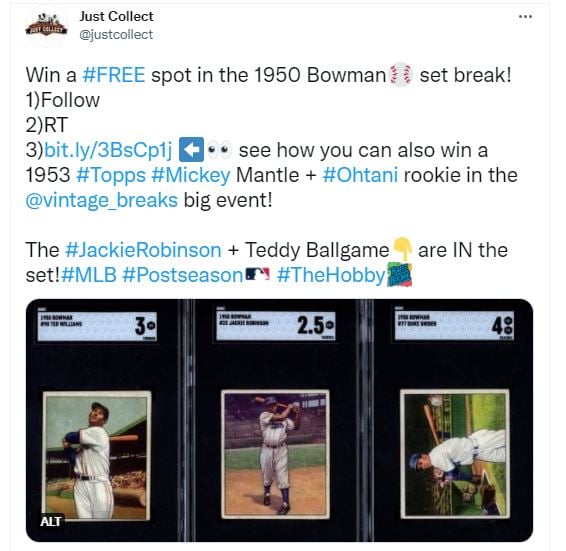