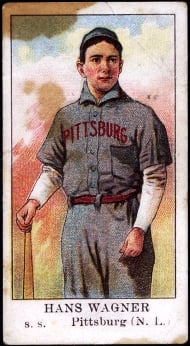 Most collectors are aware of the tobacco cards that were issued in the early part of the 20th Century, with the White Border T206 Set being one of the most popular issues of all time. But what options were available for non-smokers or those that didn't buy tobacco products for the premiums? Well, there were some less common issues released by a few different confectionery companies. One such set, release by the American Caramel Set, was a focal point of a collection that a New Jersey gentleman called Just Collect with the intention of valuing and selling.

The gentleman contacted us and provided us with a checklist and images of the cards in his collection. The collection was handed down to him from his father and was found in a small locker that included many of the father's WWII medals and mementos. We reviewed the images, prepared a preliminary evaluation and advised what our purchase offer would be pending an in-hand examination. The man lived nearby and scheduled an appointment as he was planning on coming to our area while picking his son up from Rutgers University.

We met in-person at our Somerset, New Jersey office and reviewed the collection and presented the gentleman with a slightly upgraded offer and he gladly accepted and sold us the collection that was primarily E91 Set B and Set C near sets. The baseball collection consisted of 48 different E91 cards. There was one single card from the 1908 Set A, but the near sets included 18 of 33 cards from the 1909 Set B, 29 of the 33 cards from 1910 Set C.

Issued over the course of three years, the American Caramel Company releases were issued as premiums with American Caramel products and offered an alternative choice for those that didn't smoke, use tobacco or were younger collectors.  Produced as an annual series consisting of 99 total cards from 1908 to 1910, each yearly series featured 33 players from 3 Major League Teams. Set A, produced in 1908, featured players from the Athletics, Giants and Cubs and boasted a bevy of Hall of Famers such as Chief Bender, Roger Bresnahan, Mordecai Brown, Frank Chance, John Evers, Christy Mathewson, John McGraw, Ed Plank, Joe Tinker and Rube Waddell. 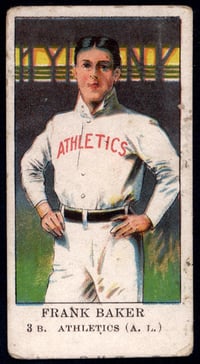 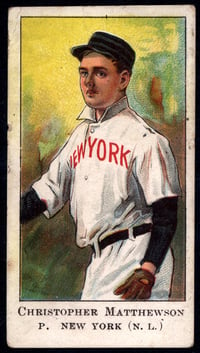 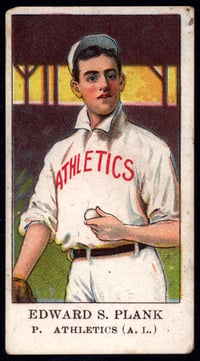 The 1910 Set C changed the team lineup and feature players from Pittsburgh, Washington and Boston and may have ended up being the most star-studded release highlighted by Hall of Famers Fred Clarke, Harry Hooper, Walter Johnson, Tris Speaker, and Honus Wagner. Two of the most conspicuous players absent from the entire series are Ty Cobb and Cy Young -- the leading hitter in the American League and all-time winning pitcher ever in the game. 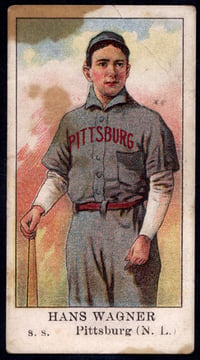 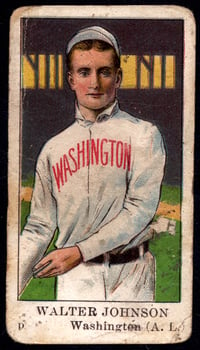 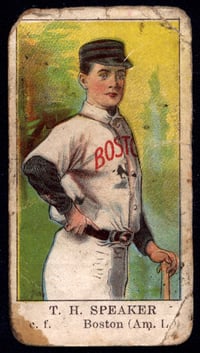 One interesting aspect of the set is the reuse of images from Set A in both Set B and Set C. An example is the image used from Daniel Shay in Set A is the same image used for Larry Doyle in Set B and with a slight adjustment, for Amby McConnell in Set C. It appears that Set A may have been modeled after the real players, but that Set B and Set C were generic or anonymous. 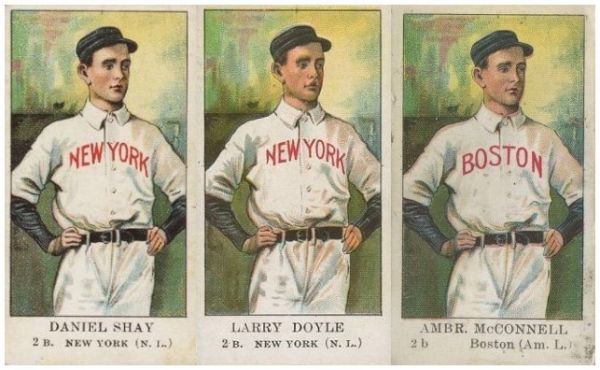 The set is not impossible, but it is surprising difficult to find and especially in mid-grade or better.  Below is a list of the 99 cards that comprise the entire E91 Set (33 cards in each annual Set):

The Honus Wagner from this collection was initially evaluated as VERY GOOD with staining and we expected that it would garner either a PSA 3 (ST) or a PSA 2.  The card received a PSA 2 GOOD and was utilized in a promotion with Vintage Breaks.  Leighton announced on the PSA/Vintage Breaks Show last week that he would entertain trade offers for several items, including the E91 Wagner.  Within 72 hours, a deal was made for cash and trade for the Wagner.  This was an amazing transaction that harkened back to the old days of swapping cards at trade shows and conventions.