The Lehigh Valley is full of history and tradition, from the Rivalry between Lehigh and Lafayette, to historic districts like downtown Bethlehem, to the beautiful 200+ acres of wine country. And believe it or not, we've seen that same history and tradition with collectors from that region, as they have spent most of their lives amassing wonderful vintage collections, and sharing that passion with their children and family. Recently, we were fortunate enough to acquire one of those collections. The collection comes from a family out in Mountain Hawk country, and consists of about three hundred vintage baseball & football cards, ranging from the 1940’s through the 1960’s. The condition of the collection was your usual “collector grade” we have come accustomed to seeing, but featured some of the game’s brightest stars, in the hobby’s most sought-after sets. You could tell the cards were carefully collected, and were well loved. That my friend, is history and tradition at it's finest.

There was a small group of 1948 Bowman cards included in this collection, and the condition - corners, centering, and surface wear - was better than expected, after seeing some other examples. The cards ranged from GOOD to VG/EX, but unfortunately, they all had been marked with initials and numbers on the back, which detracts significantly from the value. However, this happens to be one of the hobby's anchor sets, so we were pleased that this collection had a few examples.

There was also a group of 1950 Bowmans which were clean, and happened to be in a little bit better shape, with most of the cards being VG/EX and better. We sent a few of these beauties out to PSA for grading, and the balance we threw up on our ungraded eBay account – and they did quite well.

One of the better parts of the collection was the group of 1951 Bowman cards, which included a mid-to-high grade examples of Warren Spahn, Bob Feller, Early Wynn, and Duke Snider! Also included in those cards is one of my favorites, the Paul Richard card. If you are not familiar with this card, you gotta check it out. It’s actually a “cartoon” card, or caricature card, that Bowman included with the set during production. I don’t know why, but every time I see the card, I can’t help but chuckle, and now it’s become one of my favorites. 1952 Bowman was also present in this collection, which brought us nicely centered examples of Nellie Fox and Roy Campanella. It couldn't truly be a vintage collection if there were no 1952 Topps cards, right?! Well, we were in luck, as there was about twenty cards from the set, all in pretty good shape. They just happened to be commons - but we'll take it!

One of the nicer runs of cards were those from the 1953 Bowman Color set, one of the hobby’s favorites. This group started to creep into that EX to EX/MT range, all had clean backs, and presented beautifully. Some of the cards that stood out were the Nellie Fox, Early Wynn, and Charlie Dressen examples.

The best part of the collection came from the 1954 and 1955 Bowman runs. Not only was this the bulk of the collection, but included the nicest cards in terms of condition. Roy Campanella, Al Kaline, and Nellie Fox were all present in the 1955 Bowman run, which have already been sent to PSA, and will be available over the next few weeks via our eBay auctions. Some of the commons and minor stars were even really nice, reaching the Near Mint threshold. 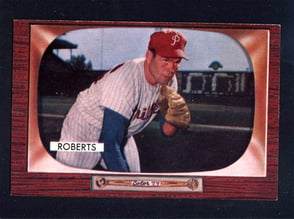 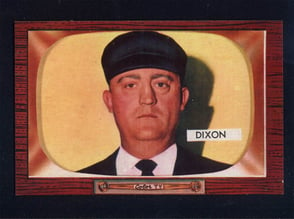 There was a very small group of football cards in the collection, but they are still worth pointing out. Everyone’s favorite Four Horseman was front and center, followed by a few rookies from the early 1950s, including a Hall of Famer Art Donovan! 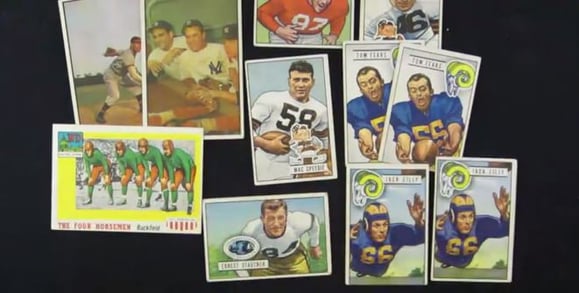 Like most collections we see from this era, this one was not in mint condition – by any stretch of the imagination. But, when you have a vintage collection that’s filled with stars, the value starts to add up. We’d obviously love the opportunity to purchase near mint (or better) sets from the 50’s, but that just isn't feasible. So, in the meantime, we’ll buy collections like this one every day of the week! So contact us today if you have a collection for sale!