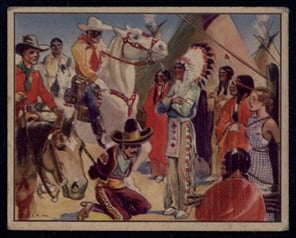 Recently, we purchased a 1940 Lone Ranger complete trading card set.  While in the scope of some of the great sets and collection that Just Collect has purchased over the past decade, this set may pale, it is a great reminder that Just Collect is also one of the most aggressive buyers of non-sport cards in the nation.  We are always looking for vintage non-sport set, singles and unopened packs and boxes.

As early as the 19th Century, non-sports cards were issued as premiums for a variety of products promoting tobacco, and later candy and chewing gum, breakfast cereals, snack chips, soft drinks and even restaurants and odd-ball food and meat issues. Some are extremely rare and very highly sought after. Unfortunately, some are very common and hold little value. 19th Century tobacco companies issued premiums of stage actors, actresses, models, animals and historical sites among a litany of other subjects.

In the late 1930's, non-sport cards seemed to change. Comic book and fictional characters were taking hold. Radio serials were spawning a new generation of fictional heroes and the card manufactures were quick to utilize many of these as premiums to hawk their products. It wasn't long before Mickey Mouse, Superman, The Lone Ranger, and many others became cardboard fixtures.

Propaganda also found its way into the non-sports card arena. During World War II, Gum, Inc. (later Bowman) would roll out Horrors of War. Still one of the most popular non-sports issues ever, this set featured many cards and depictions that are a far cry from what would be considered politically correct given today's climate.

The 1950's gave new hope to the post-war generation and non-sports cards seemed to exemplify this hope. Through the 1950's and into the 1960's, space and astronaut cards, movie stars and teen heartthrobs, music and television stars, and even entire movies and television series became fixtures of the card manufacturers. 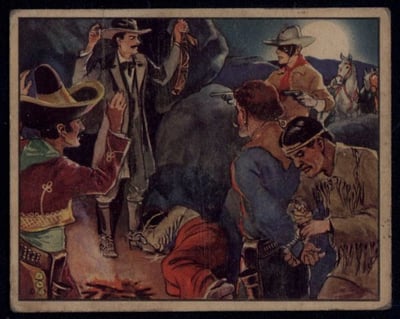 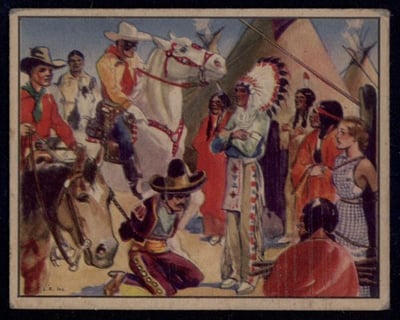 There are plenty of non-sports cards that have been issued over the past 80 years and Just Collect is interested in purchasing many of them.  Some of our most desired issues are prior to 1960 include:

There are plenty of issues that came out during the 1960's and 1970's and these are a few of our most wanted:

We even have great interest in several modern sets and modern wax boxes, including: