NFL Players With the WORST Autographs

See which football players leave terrible signatures on your cards

Pulling an autographed card out of a pack of cards never gets old; nothing beats a big hit!  Unless ... the signature looks like a doctor's note pad after a long day.  Look at some of the WORST signatures in football!

The NFL season is back TONIGHT!  Imagine right now, you're getting set to see the Chiefs and Texans open the year, and to celebrate you are ripping packs of cards.   BOOM - you pull a signed Patrick Mahomes card!  Sadly, when you look closely at the card, the euphoria sort of wears off; what a terrible auto!  Patty Mahomes is the King of the gridiron right now but - wow - what an ugly signature.  Mahomes' auto isn't even the worst in the game (imagine that!). Look at Patrick's and some other autographs that players punted on:

Super Bowl MVP, NFL MVP, part-time owner of the Royals - we'd ask if there is anything the kid can't succeed at, but clearly the answer is SIGNING HIS NAME.  Well, signing his name on anything other than a 503 million-dollar contract...  We're on the Mahomes train 100 %, but pulling an auto of "P-----@  -----@"  is a tad rough.  At least you could flip this autograph if you really wanted to.  Post Malone, on the other hand, is stuck with HIS Mahomes signature. 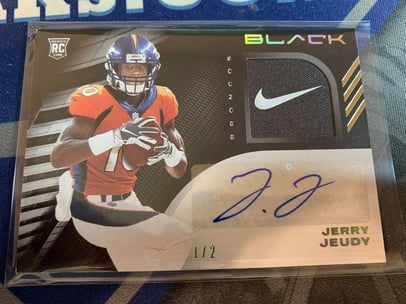 A National champion, owner of a Biletnikoff Award, and ready to pave his way into being an elite receiver for the Broncos, Jeudy has some of the best hands in the business!  Good hands should translate into great hand-writing, no?  Here is an AWESOME pull from our sister company, Vintage Breaks, where Jeudy inked up a Panini Black RPA with simply "J. J" - didn't even dot the second J.  One of the best pulls you could ask for from this beautiful product and we can't even get the second dot?

This young RB racked up 1,150 yards for the Raiders last year in only 13 games; the man is good!  Jacobs is predicted to be the the sixth-best back for fantasy points this weekend.  Jerry Jeudy better look and make sure Josh Jacobs didn't steal his playbook out there in the AFC West because those signatures are basically the same!  "J J" or maybe a pair of fours here for Josh Jacobs.  Not even a dot for Josh! 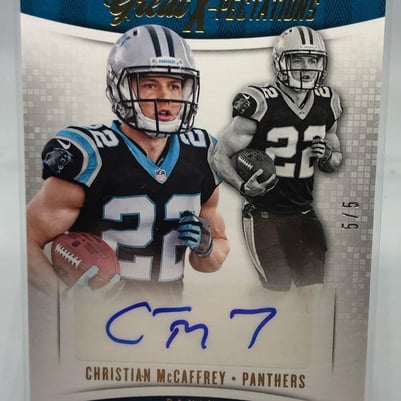 McCaffrey is the top running back in the league; he became just the THIRD EVER RB to run for 1,000 yards and catch 1,000 yards in the same season!  This man is a stud on the field with a championship pedigree. The penmanship here is not Pro Bowl caliber at all, though.  What is Christian writing - C M 7?  C-M 7?  C-3PO? Boba Fett?  Dark Helmet?  We're combing the desert?

The Cowboys can't wait to get CeeDee in a game; all he does is catch balls.  Lamb, an All-American, caught 62 passes for 14 TDs at Oklahoma last year.  With Amari Cooper getting the attention on the opposite side of the field, CeeDee will be making it painful for defenses to cover him. Maybe not as painful as trying to read this auto - "C D" or "C L" .  CDL?  Truck driver?

First-Ballot Hall of Famer in the making lacks a Hall of Fame signature.  There is nothing we can put down for stats that would do Aaron Rodgers justice; he's one of the all-time greats. All-time great signature - not so much.

Looks like "A 12 B" or at least A 12 R, which would be sort of cool.  Number between the initials, perhaps?  Rodgers has had the longest (not an age joke, just the truth) to practice writing his name compared anyone on this list.

For us, we have to call the Aaron Rodgers signature:

WHO WOULD YOU ADD?

Which other NFL players would you add to the WORST autograph list?  If you pulled a rough auto, let us know here or over on our Facebook page!

To give every player credit - these players are SUPER BUSY.  Signing autographs is probably very low on the list of priorities when it comes to being a top athlete!  Players could be multi-tasking while signing, too.  We can't wait until the season kicks off tonight and this season to see these stars do what they do best - playing rather than signing!

Still rough to open up a FIRE card - some of these cards are BLAZING - and get a sloppy sig!

Listen - Patty Mahomes may have an awful autograph, but we wouldn't turn down buying one!  Same goes for anyone else on this list! Interested?  We offer FREE appraisals!

Plenty of ways to reach us: 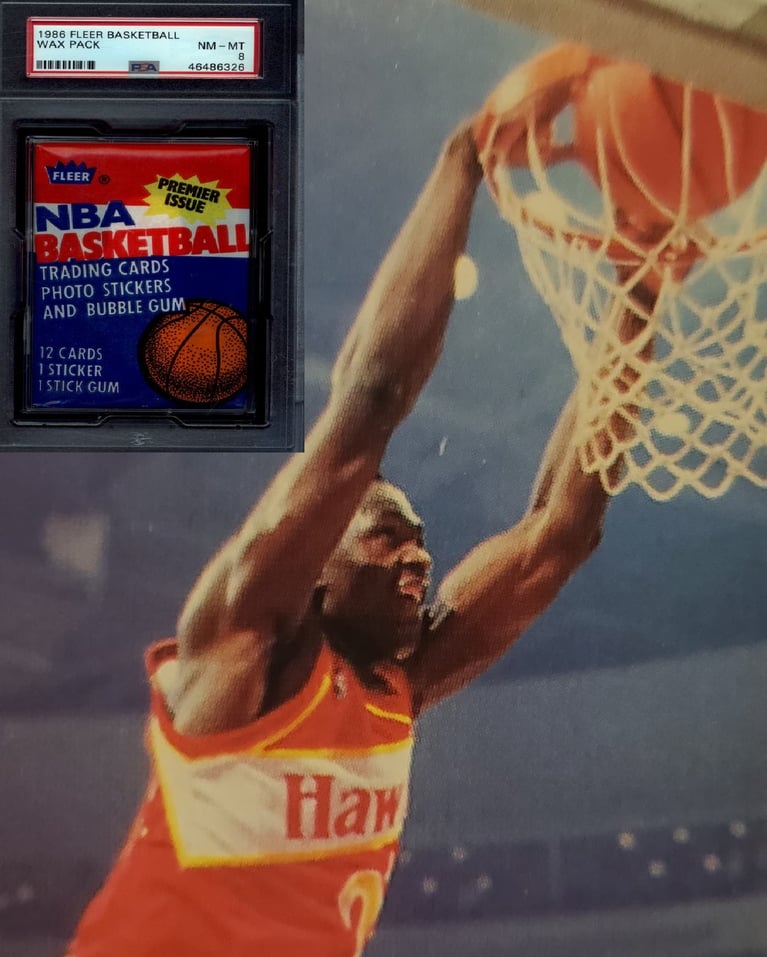