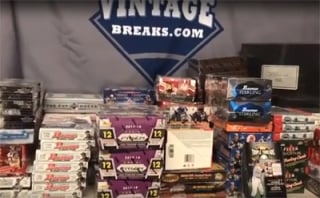 Have you ever seen more than 500 wax boxes spread out like a deck of cards on a dealer's table? We have and it is every bit as awesome as you might imagine.

Several weeks ago, Just Collect was contacted by a collector from Florida that had amassed a large hoard of unopened boxes from all four major sports that spanned five decades. Yes, you read that right - FIVE decades.

Just Collect has primarily been a vintage sports card dealer, buying and reselling for the better part of 12 years. Large modern unopened wax box and case deals do not typically come our way. However, in large part to the overwhelming success of Vintage Breaks, it is no surprise that this impressive deal came our way.

Once the prospective seller sent us the inventory list of the entire collection, we began our exhaustive research and after hours of pricing and eventual negotiation, we agreed on what would be the one of the largest unopened wax deals in the company's history.

What did we get? Well, before we get to that let me remind you that these boxes we acquired were not purchased with the intention to remain sealed in a closet or warehouse. They will be offered for breaking through Vintage Breaks over the coming months. When you view the video we've posted below or examine some of the snapshots included in this blog, keep in mind that when you see modern boxes offered for break, we may be breaking through the boxes from this very deal.

We've anointed this the Box Truck Deal because the seller literally delivered the deal in box truck all the way from Florida.

Now on to the good stuff – THE SCORE:

For the first time in Vintage Breaks history, we will have Upper Deck "The Cup" Hockey in stock. It just so happens that our first box is from 2005 and this year's issue may contain a Sidney Crosby autographed patch rookie card worth upwards of $10,000 in PSA 10. The collection contained other 2005 hockey product that features Sid "The Kid," as well. 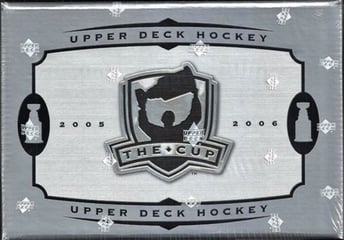 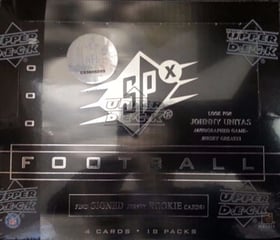 And to be very clear, Just Collect is ALWAYS buying unopened hockey boxes and cases – not just vintage. Whether you have a stash of 1960s or 1970s Topps or O-Pee-Chee (OPC) vending, wax, cello or rack boxes/cases, or if you have a shelf or a closet containing key 1980s or 2000s hockey boxes or cases, please email or call us.

If you're a football collector, this deal included a box or more of almost every 2000 product in which one would find Tom Brady's rookie cards. Some of the issues even feature signed Tom Brady rookie cards! Over 20 sealed boxes including Upper Deck Graded, Upper Deck SPx, Bowman Chrome, Leaf Certified and Fleer Tradition are just a few of the boxes that may present GEM MINT Tom Brady rookies! That should keep everyone busy for a few weeks.

If either Peyton Manning or Aaron Rodgers is more of your fancy, the Box Truck Deal included two dozen boxes from 1998 and 2005 including Topps Chrome and Bowman Chrome.

Vintage Breaks and Just Collect are among the hobby's biggest buyers of unopened football product – both vintage and modern. Whether you've got a sealed pack of 1954 Bowman or 1955 Topps All-American (or a box of either), an unopened box of 1971 Topps Football or a run of boxes from the 1970s or even sealed cases/boxes from 1996-2014, please call or email us first.

As many of you may already know, Lebron James has brought a newfound relevancy to the Los Angeles Lakers and Lebron's cards are among the hottest in the hobby. In fact, King James has elevated most other unopened basketball products from 2003-present. This deal not only contained some key products from Lebron's rookie year of 2003, notably an awesome 2003 Upper Deck SP Game Used box, but several others including a run of Topps Finest, Topps Chrome. Also, there are some scarce, hard-to-find boxes like Topps Echelon, which may contain Kevin Durant rookie cards. 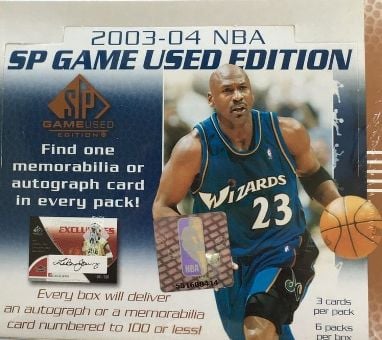 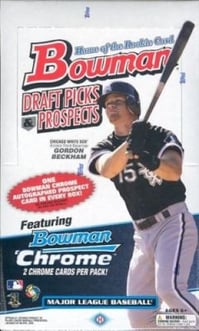 Finally, the Box Truck Deal contained a table-full of key Bowman Chrome and Bowman Draft boxes. The cornerstone of the Bowman boxes were the 2009 and 2011 Bowman Draft, each with possible Mike Trout rookie cards. The 2009 Bowman Draft issue may include a 2009 Bowman Draft Picks Chrome Prospects Mike Trout autographed rookie card which sells for over $10,000 in PSA 10 and multiple parallels.  Already pulled was the 1/1 Superfractor that recently sold in MINT condition for $400,000.00!!! Most of Trout's rookies have appreciated more than the Dow Jones the past 12 months.

Just Collect and Vintage Breaks are aggressively buying unopened baseball product. We are looking for almost anything prior to 1981 and select boxes and cases from 1992-2016 such as 1993 Upper Deck SP, 1993 Topps Finest, 2009 Bowman Draft and many others. Please call us or email with what you have for sale.

Catch Your Own Break:

When all was said and done, the Box Truck Deal was an assortment of more than 500 boxes with many being the first of their kind to be acquired by Just Collect and Vintage Breaks.

Regardless of whether you are a regular customer or a first-timer to Vintage Breaks, we would suggest that you check the www.vintagebreaks.com site more often over the next few weeks as we introduce and offer many of the key boxes from the Box Truck Deal for breaking.

What is a Break?

Vintage Breaks offers pack and box breaks for purchase by the "spot." Depending on the product, a spot can be an individual card, a single pack or an entire box (please refer to the actual item description for more specific details). The Vintage Breaks inventory will vary. However, there is typically a wide selection of breaks from the 1950s through the 2010s. Many of the quicker filling breaks will span all four major sports from the 1960s, 1970s and 1980s. Come visit our website at www.vintagebreaks.com. Register today and join in on the fun and the excitement. We generally broadcast LIVE on Tuesday, Wednesday, Thursday and Friday on YouTube, Facebook, Breakers.TV, Twitch and Periscope. Visit our website for more information on specific times and locations.

In Case You Forgot – We Are Buying!

Just Collect and Vintage Breaks are buying collections of single cards, complete sets, unopened packs, boxes and cases. Please email us at info@justcollect.com or call on 732-828-2261.

Some Highlights from the Box Truck Deal Video: