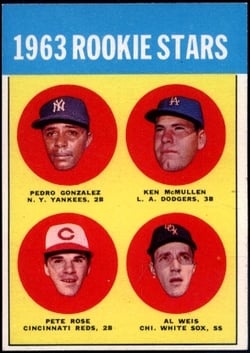 We were contacted by a gentleman who said he and his wife were downsizing and going through things that they had accumulated over the years and felt that Just Collect would be most interested in his childhood collection of baseball cards and most specifically, two complete baseball sets. The sets were 1962 and 1963 Topps and he noted that he complete them while in his early teenage years.

The "Don't Throw Away" Collection

As a youngster, he collected cards from the late 1950's through the mid 1960's, purchasing packs for a nickel at local grocery and Mom & Pop stores in his neighborhood. He recalled that the 1962 and 1963 sets were the two years that he completed sets and being a little older, opted to put them away while chewing the gum. When he was done collecting, he put his collection in a box and labeled it "My Baseball Cards – DO NOT THROW AWAY!" and stored them in his parents' basement before retrieving them nearly 30 years ago and storing them in his own home.

The collection ranged from a few in lesser condition to some in really great condition with most of the collection in the EX to EX/MT range. Unfortunately, the stars seemed to be a little lesser than the average, but that is normal as most kids played with the stars and their favorite players more than the commons.

The complete sets obviously feature all of the stars of the era, but the highlights of both sets would be Mickey Mantle, Hank Aaron and Roger Maris as well as rookie cards of Gaylord Perry and Lou Brock in 1962 and Pete Rose and Willie Stargell in 1963!

The 1962 Topps Set, with the brown wood-style borders and light colored card stock, are very susceptible to exhibiting even the slightest bit of wear. In addition to centering issues, the set is one of the toughest sets of the era to find cards in NM/MT or better condition. 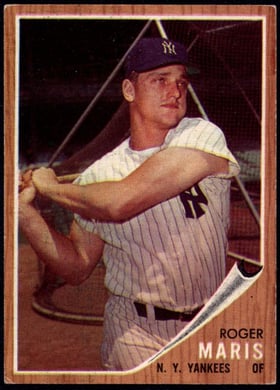 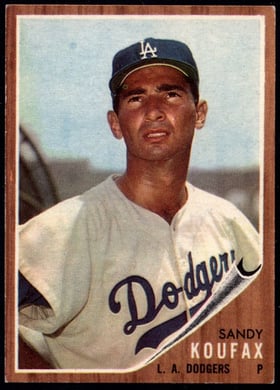 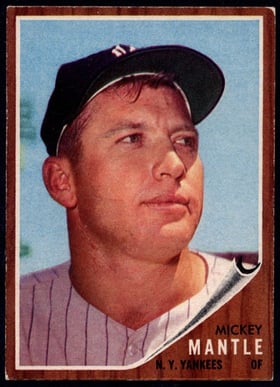 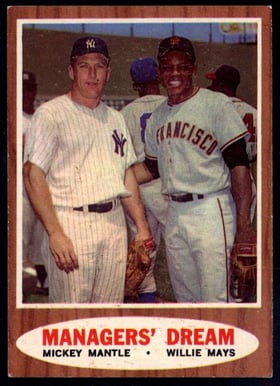 Much of the second series (#110-196) exist in their normal configuration and with a "Green Tint" variation that creates a fuzzy appearance to the card. The wood grain border on the "Green" cards is usually lighter than on the regular cards. The demand and value of the "Green Tints" have waned a bit over the past decade.

Card #139 exists with four different versions. Hal Reniff is appears with two variations (pitching or portrait) and two depicting Babe Ruth (with or without foul pole). Reniff also appears on card #159 in the portrait pose. Other cards depict players wearing and not wearing hats, facing either left or right while the other version features them facing the other way.

Very colorful, the 1963 Set boasts full bleed borders on one side of the card. A colored banner wraps around one side of the cards and has varying colors boasting red, blue, green or yellow. Most collectors are familiar with color bands like the green bottom of the Mickey Mantle card and the colored bands on the tops of the "floating head" rookie cards like Pete Rose and the team cards are banded on the left hand side. 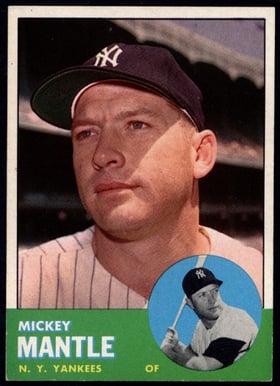 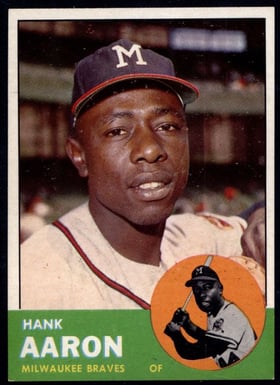 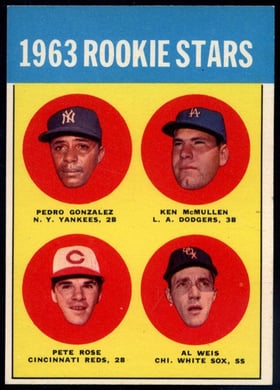 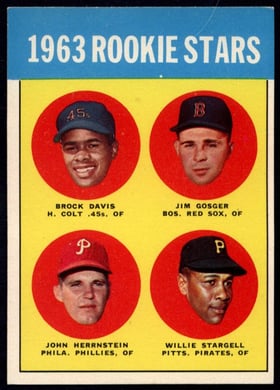