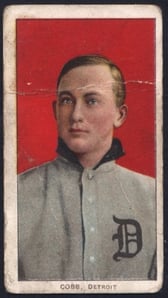 Not to offend any animal rights folks, but to use an old adage, looking back on this blog's deal, "we killed two birds with one stone."  Just Collect already planned a trip and while on the trip, another opportunity presented itself and we were able to act upon that as well.  We closed the primary reason for the trip and then added the second portion before returning home to our Somerset, NJ office.

Just Collect was escorting a very rare T206 Ty Cobb card with a Ty Cobb advertising back that we recently purchased for final authentication and grading at Professional Sports Authenticator in Southern California.  While there, we were able to follow up on a lead from a gentleman just north of San Diego that had contacted Just Collect previously with a collection that he was no comfortable sending through the mail.

Time to Get an Uber

We're not going to go into detail about the primary reason for the trip in this blog (there is a link above that touches on our recent acquisition), but we will share the details of that unbelievable purchase with you very soon.  We planned on flying in and out of LA on the same to meet at PSA and while we were waiting at PSA for the final authentication, grade assignment and slabbing, we resumed communication with a gentleman that had a collection that had been passed down through his family.  We were finished at PSA before Noon and we were able to work around the gentleman's office schedule during the afternoon, so we took a nearly 2 hour Uber ride south down The 405 and The 5 to his office where where we were able view the collection, revise our spreadsheets, make an offer and reach agreement to purchase the collection and still take a two and a half hour Uber ride back to LAX for the red-eye to NJ.

While evaluating the collection, the owner of the collection mentioned that the cards had been his grandfathers and they were handed down to him by his father.  He said that he grew up in the Detroit area and that he and his brother collected as kids.  One day, when he and his brother were playing with their collection, their father showed them their grandfather's cards and the father let them have some.  The gentleman doesn't remember who they took, but remembered carrying them around, showing friends and trading some.

Several years later, he took them to a local show in Detroit and showed them to a dealer.  The dealer dumped them on the table and said, "They're pretty beat up.  I can give you $200." Wisely, the seller passed on the offer and brought the cards home.  Eventually, they moved west with him when he moved to California and began a family of his own.

Like so many children today, his son didn't really have an interest in the cards, so the gentleman figured that he'd sell them and use the proceeds toward something that his son might enjoy.  He had taken the cards to a few Southern California card shops and received some offers, but since he had been in contact with Just Collect and like the preliminary evaluation, he wanted to hear what our final offer would be once we were able to view the collection in-hand.

Better Than The Competition

When we finished the evaluation and presented our offer, the owner was pleasantly surprised and thanked us for our diligence, accommodating him by coming out and he accepted our purchase offer for the collection in its entirety, noting that he made a wise choice in waiting to give Just Collect an opportunity.  When we asked why, he said, "Your offer was higher, your knew what all of the cards were and you didn't want to pick and choose only the best cards.  You made an offer on EVERYTHING!" 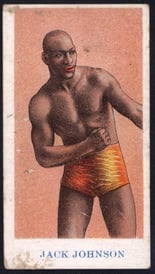 The collection also consisted of quite a wide selection of cards from the late 19th Century through the early 20th Century.  Aside from several hundred non-sports cards featuring Westerns, Indians, Flags, Birds, States and Military Leaders, there were also some caramel (E75) boxing cards and some tobacco boxing cards (T218 and T220).

One of the frustrating things about many non-sports cards is, that despite some being more than 100 years old, there is little demand and little value.  Some of the artwork and history of these cards is incredible and present some fantastic purchasing opportunities for those that are interested in collecting vintage, pre-war cards with great history and some truly remarkable artwork.  While not everyone's cup of tea, this is a market that is really exciting and extremely affordable.

There were a few examples from the very tough 1909 C.A. Briggs Co. Black & White (E97-2) which included Hall of Famer Willie Keeler as well as a handful of 1911 T205 Gold Borders. A nice find in the collection was about 80 or so 1908 American Caramel E91 (A, B and C Series) that included many Hall of Famers Christy Mathewson, Mordecai Brown, John McGraw, Eddie Plank and the trio of Tinkers, Evers and Chance.

There were also some Allen & Ginter cards with some baseball, wrestling, and other sports and a nice lot of about 20 N172 Old Judge cards and a couple of N508 Sub Rosa and N48 Dixie Cigarettes Girls Baseball cards. 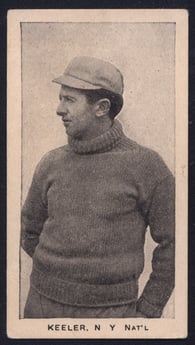 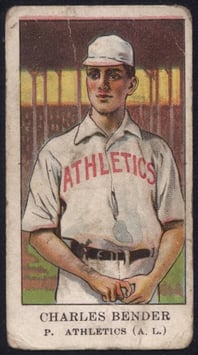 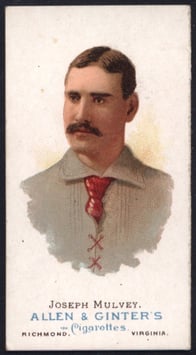 More Than Half of the T206 Set

The portion of the collection that was the original crux of the contact and our interest was the partial set of 1909-11 T206 cards.  The cards were not in top condition, but there was more than half of the set and and more than 30 cards of Hall of Famers which included several Ty Cobb cards (both of the portrait variations), three Cy Young (two portraits and a glove shows), four Christy Mathewson, Walter Johnson, Tris Speaker and many, many others.  The cards ranged in condition from POOR to VG/EX, with a majority being in the POOR to GOOD range.  The advertising backs were priarily Sweet Caporal and Piedmont with some Old Mill, Polar Bear and a Tolstoi.  There were also about a dozen or so Southern Leaguers. 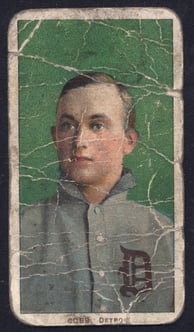 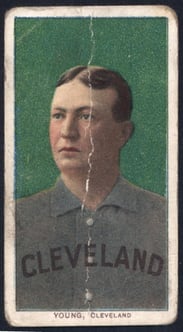 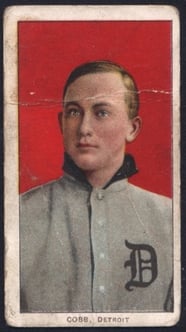 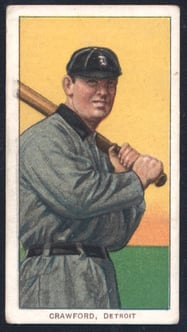 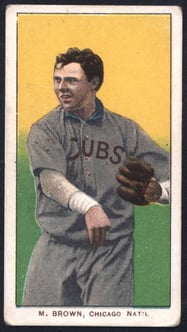 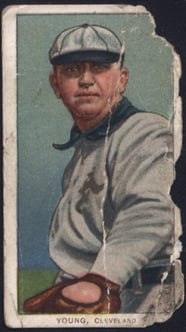 The T206 is referred to in the hobby as, "The Monster."  One of the reasons is that it consists of 524 cards, including 4 cards that are virtually impossible to obtain (Honus Wagner, Eddie Plank, Sherry Magie Error and the Joe Doyle NY NAT'L Hands Above Head Variation) and then there are are hundreds and hundreds of other variations possible for completion of the Master Set because of the different advertising backs.

We set up at The National Sports Collectors Convention every year and this year, it will be at the IX Center in Cleveland, OH and it has been in Chicago, Atlantic City and Baltimore in recent years. Additionally, we travel to the Sports Card and Memorabilia Expo in Mississauga, Ontario for those of you in the Toronto area that want to meet with us in Canada.