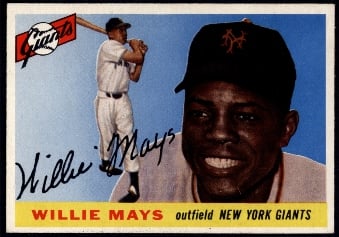 Road Trip versus a Road Show

So, whether a Road Trip, a Road Show or a Mail In, Just Collect can accommodate almost any collection.

Virginia is for Card Lovers

We received a call from a gentleman that grew up in New Jersey, but had moved to Virginia decades ago and raised his family.  He decided that it might be time to sell his childhood baseball card collection.  He searched through the Internet and reached out and contacted several of the companies that he felt most comfortable with.   Several were interested in his collection, but most wanted him to ship the collection to them and then they would let him know what they believed that the cards were worth.  He was hesitant to put his cards in the mail -- not an unusual concern for many.

He talked with one of Just Collect's customer service specialists and after forwarding some images, we prepared a preliminary evaluation and discussed the value of the collection, and the process of how we evaluate and base our purchase offers.  While we discussed the possibility of going to visit him in Virginia, he noted he and his wife were taking a road trip to Canada and they would like to stop by your office on their way to have our vintage card specialist review the collection in person.  We were happy to set an appointment and meet with the couple during their trip.

The collection was started when the collector' was about 11 years old and was growing up in suburban New Jersey, about a half hour drive from Yankee Stadium.  He believed that he initially began buying cards in 1955 and also really being excited when he would find his favorite Yankees.  He also remembered trading for a few other older cards.  His favorite player?  Mickey Mantle and the 1953 Topps card in this collection was one that he traded heavily to get from his friends.  His favorite non-Yankee was Ted Williams.

The collecting stopped abruptly when the gentleman became a teenager and based upon the cards, that was during the early part of the summer of 1957.

A Few Years - Stacks of Stars

The collection was predominantly 1955-1957, there was a 1953 Topps Mickey Mantle and about 75 cards from 1954.  Within the small assortment of 1954 Topps cards was a very nice Hank Aaron rookie card, Willie Mays, two Tommy Lasorda rookies and three Ted Williams cards (one #1 and two #250). 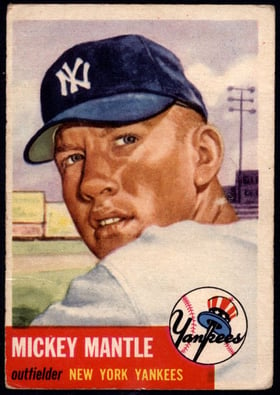 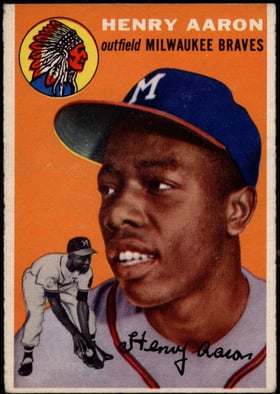 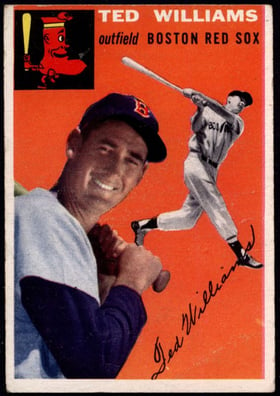 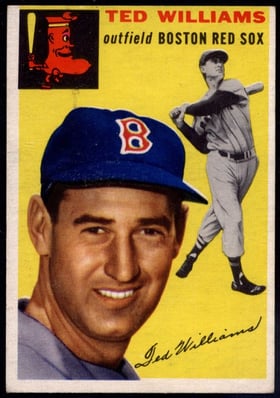 The collection seemed to begin in earnest in 1955 with a nice assortment of 1955 Topps and Bowman cards.  The big boys from 1955 Topps were all there.  The was a really well centered Sandy Koufax rookie, THREE Roberto Clemente rookies and FOUR Harmon Killebrew rookies!  Oh, and SIX Willie Mays cards!

The cards varied in condition and it was explained that some were obtained by trading with friends and those were the ones typically in lesser condition as his buddies didn't seem to worry about keeping the cards as nicely as he did.  When he was looking at the cards, they were stashed away in cigar boxes. 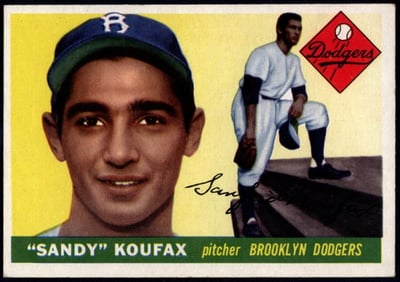 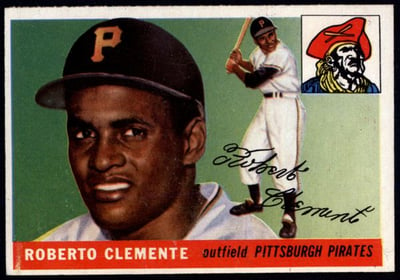 The best part of the collection was the quality of many of the commons from 1956 Topps and 1957 Topps.  It was obvious that as the collector got a little older, he traded less and kept his cards in nice condition.  He told us that when he stopped collecting, he put his cards away and they've been stashed away for more than 50 years until he decided it was time to take them out and investigate the plausibility of selling them.

Although the cards were not MINT, they ranged from Very Good to Near Mint in the 1956 and 1957 lots and this group accounted for more than half of the collection.  One of the most fun things is handling vintage cards that still have a very fresh feel.  If you have ever done it, you'll know exactly that feeling that we're talking about.  There's just a special feel to it.

Even better is while thumbing through the stars and finding multiple Mickey Mantle cards! 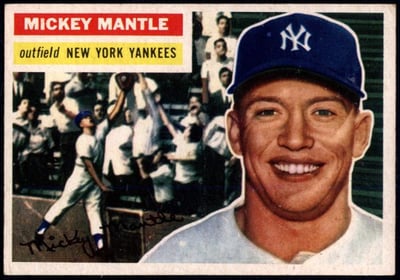 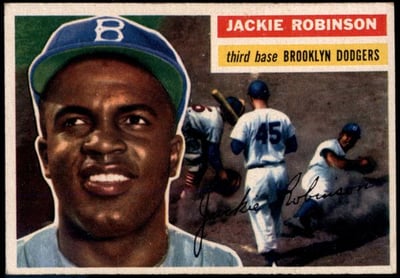 After reviewing the collection, Just Collect made an offer that was met with agreement and the sale was completed and the couple was on their was to visit family in Nova Scotia, Canada.  We noted that by coming to visit us at our office, it not only saved our specialist having to be out of the office traveling to visit him, but it also added hundreds of dollars to his bottom line as we did not have those additional expenses to factor into the purchase offer.  It certainly was a WIN/WIN for both the collector and Just Collect!