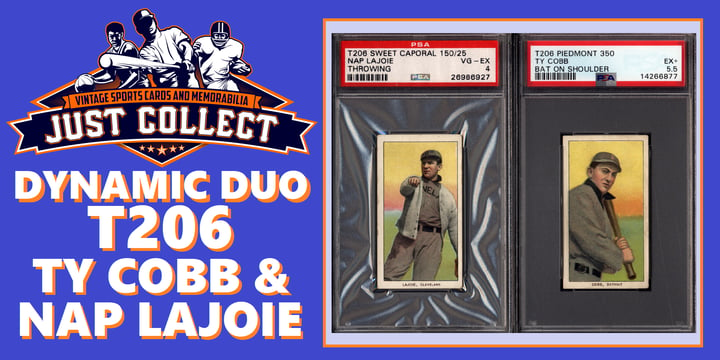 Imagine paying $1.25 for a T206 Ty Cobb or a Nap Lajoie.  Talk about a return on investment by selling those cards today!  One collector did such a thing by selling Just Collect his pair of Hall of Famers from the iconic tobacco card set.  We introduce you to the Dynamic Duo Collection! 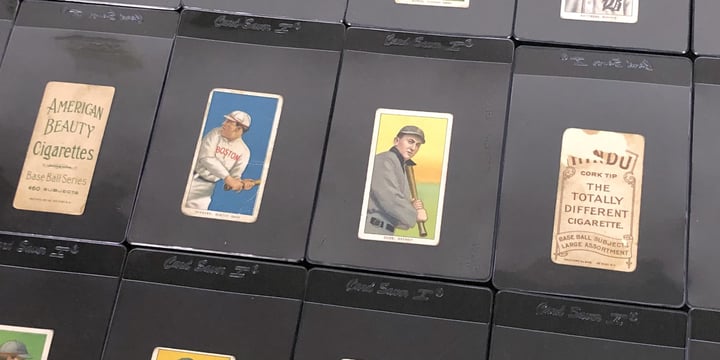 When a customer asked Just Collect if we'd be interested in purchasing a T206 tobacco card of Ty Cobb, we naturally were very interested. After speaking together, the owner also offered a few other cards from the same collection that not only included names like Willie Mays and Mickey Mantle, but also T206 cards with RARE backs!  Check out a small collection that packed a big punch. 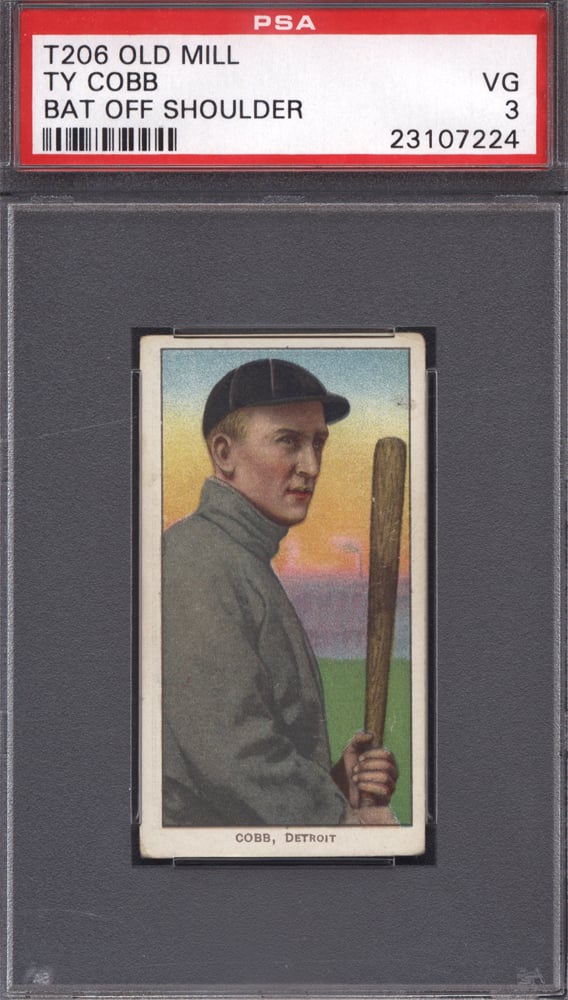 A few years ago, a chatter named “Sparty”, in the Baseball Almanac Forum, stated that if baseball cards had a Mount Rushmore, all four of the Ty Cobb T206 tobacco cards would occupy the monument. The T206s have previously been called the king of the card collecting mountain, and are avidly desired, wanted, and craved by collectors worldwide. Honus Wagner, Walter Johnson, Christy Mathewson, Cy